we took a Day Ride to Dayton, Tennessee to see the Scopes Trial Museum and to eat lunch at the Dayton Coffee Shop.

Here’s a brief video of the beginning of our ride:

We left our home in North Knoxville around 9:45 am. The skies were clear and it was a cool 39 degrees. We both wore our full leathers, jackets and thermal chaps, our pilot helmets with neck warmers, leather boots and Gerbing’s heated jacket liners along with Gerbing’s heated gloves.

We took Oak Ridge Highway to Oak Ridge and took 58 to Kingston where we stopped at Weigel’s to fill our tanks and get a snack.

Eating a quick cracker or two at Weigel’s.

This sign is across the road from Weigel’s. Wonder if the ‘H’ has always been sideways?

We rode through Kingston, took 58 south and then took 304 south. 304 is a beautiful road that runs parallel to Watts Bar Lake.

From 304, there is an up close view of the Watts Bar stacks. 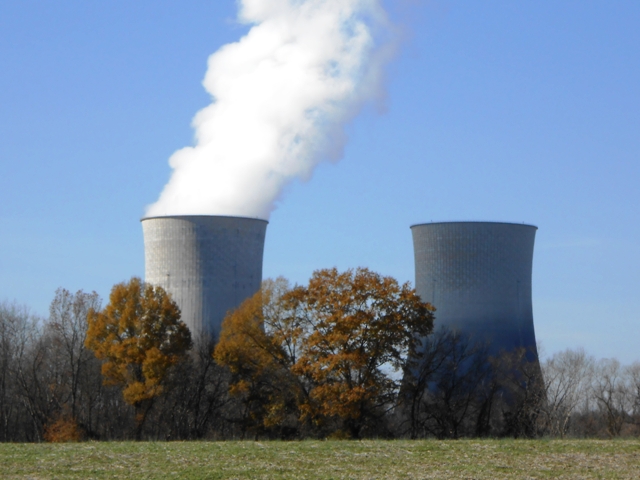 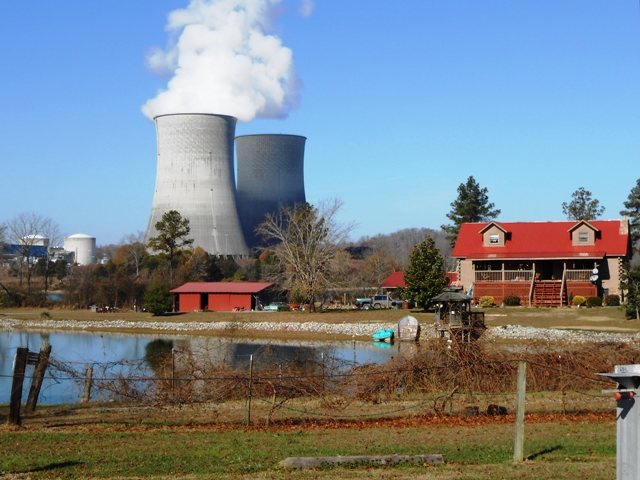 Fascinating to see these stacks so close.

304 south continues on into Decatur. In Decatur, we took 58 south to Georgetown. 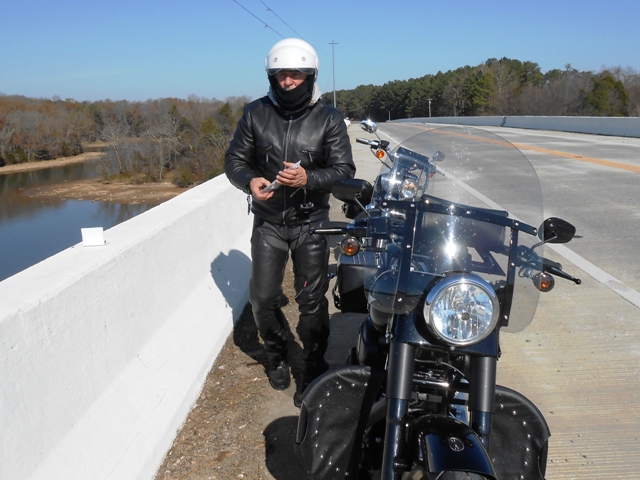 On bridge heading from Decatur toward Georgetown.

Jeff shows me where we are going.

Tennessee is a beautiful place to live!

From Georgetown we took 60 through Birchwood and then on into Dayton.

We rode to downtown Dayton, parked our bikes in front of the Rhea County Courthouse where the Scopes Trial Museum is located, then went to have lunch at the Dayton Coffee Shop. 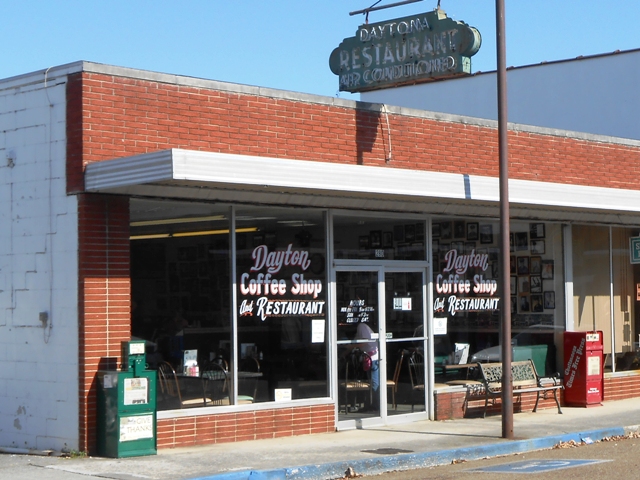 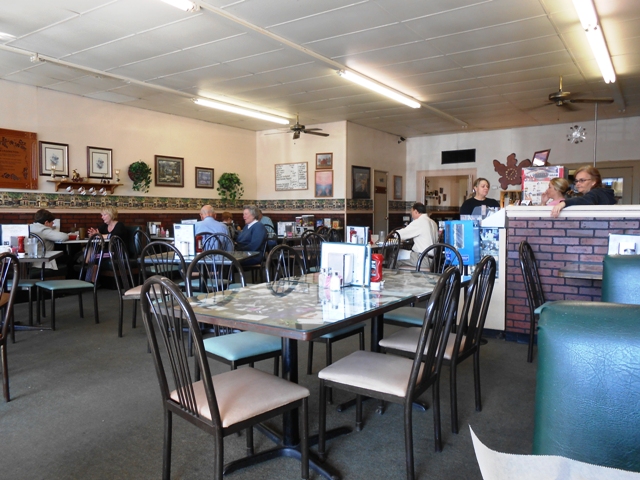 Pamo had a steak patty with green peppers and onions. Everything tastes fantastic!

Our lunch was great! Good home cooking with really friendly folks. When you go to Dayton, we highly recommend the Dayton Coffee Shop.

After lunch, we walked to the Scopes “Monkey” Trial Museum which is located in the basement of the Rhea County Courthouse.

Walking toward the Courthouse.

Here’s Jeff walking down the stairs to the museum.

Poster at the Museum.

Here is what the poster says: “Rhea County Courthouse and the Scopes Trial Museum. Built in 1890-91, the Rhea County Courthouse has remained virtually unchanged. Here, from July 10-21, 1925, John T. Scopes was tried for violating a new state law prohibiting the teaching of evolution in the public schools. Designated a National Historic Landmark, the building was restored in 1977-78. It continues to serve its original function as the courthouse of Rhea County. Visitors are invited to proceed from the museum and theater to the Circuit Court Room on the second floor where the Scopes Trial was held.”

In 1960, a fictionalized account of the trial was made into a big Hollywood Movie starring Spencer Tracy called Inherit the Wind. (Read about it HERE.)

Inside the Scopes Trial Museum. 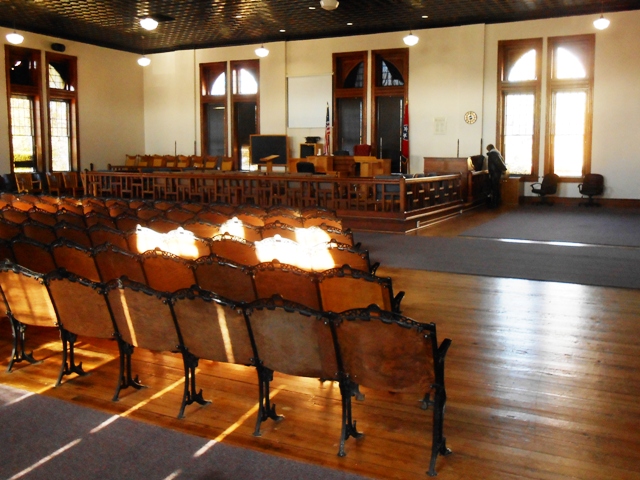 In the actual courtroom on the second floor.

We made this short video inside the courtroom:

After visiting the museum, we read the timeline etched into the sidewalk outside the Courthouse. 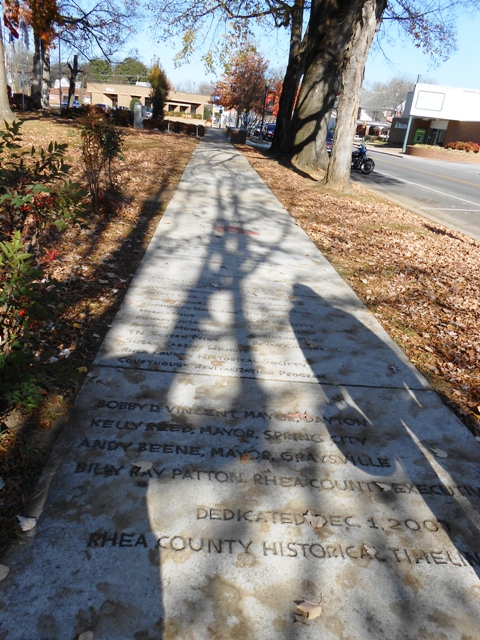 Timeline of Rhea County etched into sidewalk in front of the Courthouse.

Time to saddle up.

We got back on our bikes and took 27 north to Wolf Creek just south of Spring City. We then rode down 68 east which took us over Watts Bar Dam and then on into Sweetwater.

In Sweetwater, we made a brief stop for fuel and a snack.

Taking a break in Sweetwater.

We stopped by the Tellico Dam boat ramp to take a few photos. 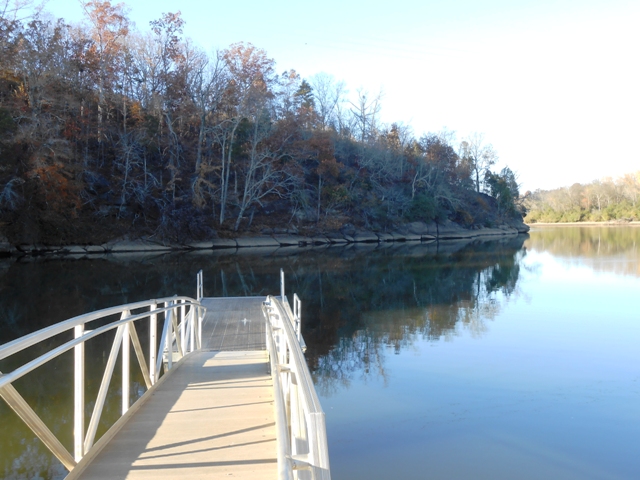 View of the lake from the dock at Tellico Dam.

After our stop, we took 321 back to Maryville and the traveled Alcoa Highway back into Knoxville and returned home.