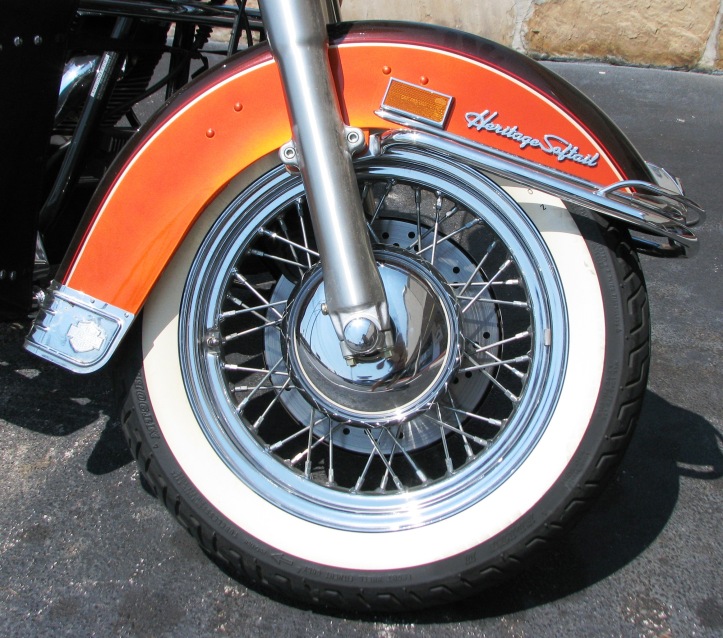 This was Jeff’s first new Harley- even though we bought it in 1995. Here’s the story….

We opened Biker Rags in November of 1994 and started hosting Fun Run’s in the spring of 1995. At the time, Pam rode an electric start 1971 Ironhead Sportster and Jeff rode a 1973 ‘kick only’ FX Shovelhead. Both of these bikes had been extremely customized, and to be quite honest, required constant tweaking.

Pam wanted a reliable bike, so in the summer of ’95, went to Colboch H-D and purchased a new Sportster. It quickly became apparent to both of us that if we were going to continue with our Biker Rags Fun Runs, Jeff would need a more reliable bike as well.

One day while taking a friend to pick up a bike at Colboch H-D, Jeff spotted this Heritage and instantly fell in love with it.

It turned out that the bike was three years old but only had 121 actual miles. It had been used as a display on a Riverboat Casino.

There was one big problem. The price for this Heritage was $19,995.00 (this was 1995 when Harley was charging thousands above retail) and there was no way we could afford it. Biker Rags had only been open for a little more than a year and we were heavily in debt. To get the bike, Jeff would have to sell his beloved Shovelhead.

After a weekend of careful thought, Jeff washed and waxed his Shovelhead one last time and trailered it up to Colboch to make the deal.

This Heritage has been with us ever since.

We’ve done a few things to it over the years including rebuilding the engine in 1999 to make it 95 cubic inches. Jeff still gets this bike out on occasion and it still runs as good as it looks. And Yes! this is the original factory paint. We’ve never seen another paint scheme exactly like it. 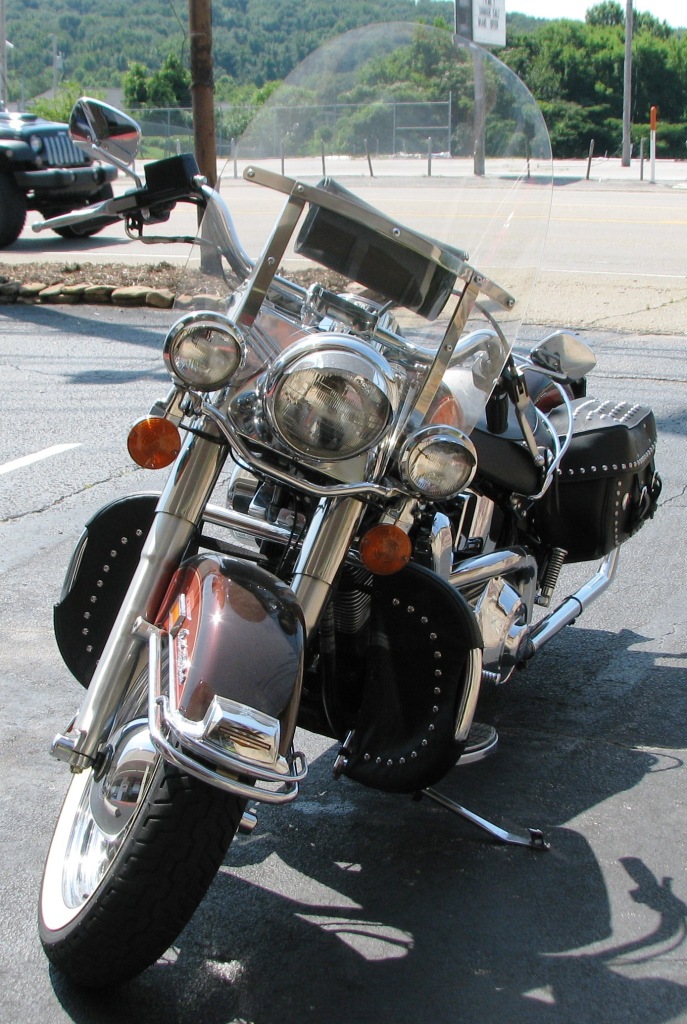