Pamo is ready to ride.

On Tuesday, June 16, 2015 we took a Day Ride to Chattanooga, Tennessee to visit the Chickamauga Dam and Harrison Bay State Park.

It was a beautiful morning with blue skies and plenty of sunshine. It was already around 80 degrees when we saddled up at 9:30 am.

Jeff kicks off our day in this video:

We rode I-640 to Western Avenue then rode north to Oak Ridge where we took 58. After stopping for fuel and a snack, we rode through Kingston. 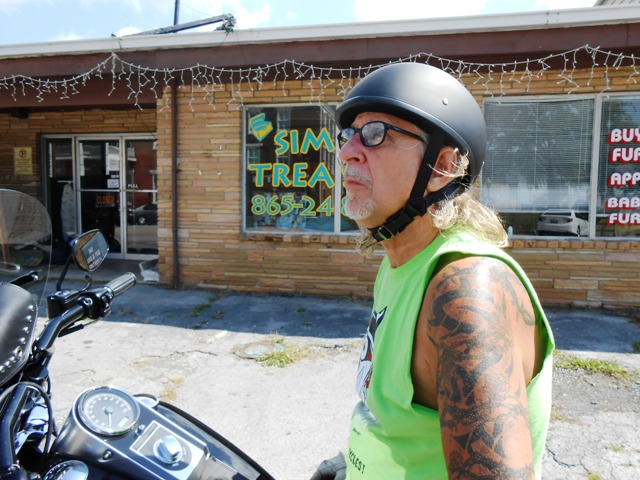 There’s Jeff admiring the court house from his bike.

Then we took 302 south into Dayton. In Dayton, we stopped at the waterfront for a cold drink and watch all the ducks enjoying the day. 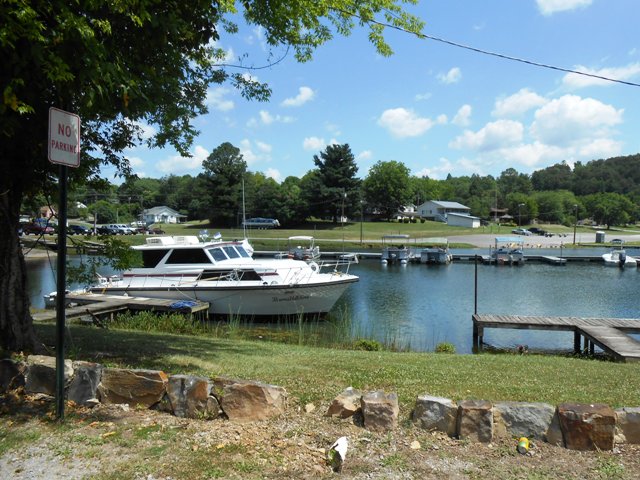 The waterfront in Dayton. 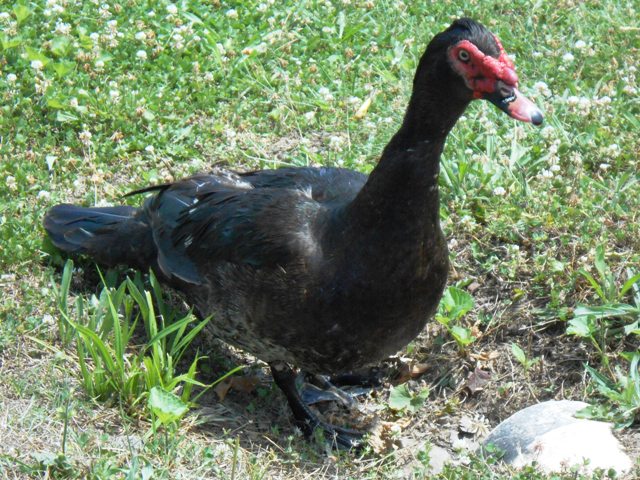 The water sure looks pretty.

By this time it was already in the 90’s, with full sunshine. It was hot!

We got back on our bikes, rode through Dayton, then took 27 south through Soddy Daisy. In Soddy Daisy we took 319 south- a beautiful windy road that runs along the water.

319 took us into Hixson- a suburb of Chattanooga. We then took 153 south which runs over the Chickamauga Dam. After crossing the dam we took the first exit which brought us to a waterfront park at the foot of the dam.

A fun sculpture at the Chickamauga Dam.

Another view of the Chickamauga Dam.

A railroad bridge opposite the dam. 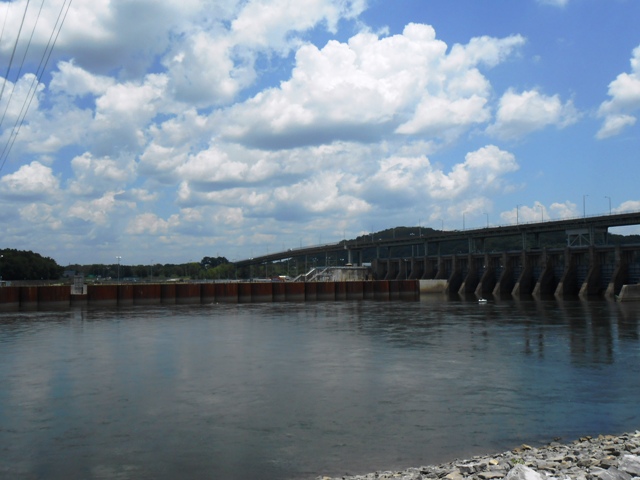 The park at the base of the dam was full of folks bicycling, jogging and enjoying the day.

We stayed for awhile taking photos and drinking water.

After visiting the dam, we rode through Hixson, then took 58 north to Harrison Bay State Park.

A dock overlooking the lake at Harrison Bay State Park.

A boat in the marina parking lot. They look really big out of the water!

The lake is beautiful.

The ducks are sweet.

A nice pool in the recreation area.

A little deer grazing close by.

After admiring the deer for awhile, we continued on our day.

We got back on 58 north and quickly took 312 east to the Countryside Cafe, near Ooltewah.

At the Countryside Cafe. 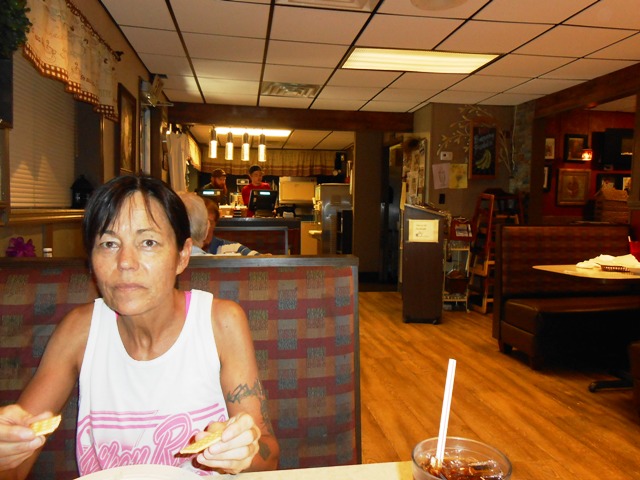 After lunch, it was 3:30pm. We fueled up at the station next to the restaurant, reloaded our small cooler with drinks, and continued on 312 which took us into Cleveland.

The Nancy Ward Grave Site is along 411. We’ll have to stop there some day.

On 411, we stopped in Etowah to hydrate and rest awhile in the quiet park adjacent to the L&N Railroad Museum. It was in the mid 90’s. With such a hot day, it was essential to rest and hydrate.

The L&N Railroad Museum in Etowah.

After our nice break, we got back on 411 continuing north.

411 took us through Englewood, Madisonville and Vonore, then into Maryville.

We stopped in Maryville for a nice cold Icee. YUM! (Yes- Jeff changed his shirt.)

After resting in Maryville for a few minutes, we took Alcoa Highway back to Knoxville and back home.

Here’s the ride video wrap up:

You can see our entire list of DAY RIDES by CLICKING HERE.